money and paganism, paganism and compensation, pay to pray

Some dead guy (I’m pretty sure it was St. Paul) once said “the love of money is the root of all evil”…

…in typical fashion, the first three words of the quote often get left off from the recitation of the quote.

For some reason, whenever I see the discussion of payment in the Pagan community crop up, I’m always reminded of the misquoting of St. Paul–sort of funny that a Christian misquote would be my go-to imagery for an ongoing Pagan disagreement, but there you go.

If you are scratching your heads and wondering what the heck I’m babbling about (since I know I have some non-Pagan readers), let me step back and explain.  In contemporary Paganism there has long been a debate over the demand for compensation for spiritual services, particularly for teaching classes, initiations, handfastings, etc.

The reasons for this are numerous and sort of complicated, but I’ll do my best to simplify it into the three most predominant arguments that I’ve come across.  One of the longstanding contemporary Pagan criticisms of some Christianities has been their near obsession with money, and all of that ostentatious stuff that gets done with in the name of the god of Abraham.  Based on my observations, it seems like a number of sentiments are mostly reactionary to this perception of Christianities.  The second (but perhaps most common) reason is that  in Wicca, there is a trend against the idea paying for services that goes back to Gardner–which may have been a response to going afoul of the Witchcraft laws of the time…and since there is a strong Wiccan-esque strain present in many contemporary Pagansims, this idea continues elsewhere.  The third part of this mix is connected to the idea popular among some Pagans to think in terms of a mythic historical ideal–in this case, that no “real” witch, priest, etc would ever “dirty” themselves with “petty” money based economies, and would instead subsist on community charity or have traded their skills for bartering goods (this is an actual opinion I’ve heard stated, using these exact words).

If it seems like I’m a bit condescending towards these attitudes, hear me out.  I have absolutely and utterly no problem with a tradition that prohibits charging for their services (including ceremonies, instruction, initiation, etc) or to an individual that declines to charge for the same.  I also have absolutely and utterly no problem with a tradition or individual that either requires or fails to prohibit reasonable compensation.    What I do have a problem with is people making a blanket statements that they think should apply to all Pagans…which is pretty common on this topic (among others) if you spend enough time on Pagan message boards, forums, etc.

AFAIC, if it hurts your feelings or insults your sense of integrity to see people charging for their time, effort, energy and money invested to teach a class or hold a workshop…then don’t pay money for those things. When you find something for free instead, don’t treat it like its free, treat it like its priceless! Conversely, if you find value in what someone is teaching and find the price of attending said class, workshop, etc to be a worthy investment of your time, effort, energy and money…then go for it.  And, if you find a free *whatever* that tickles your fancy, and you agree with the idea of compensation, don’t be a cheapskate, give the instructor/facilitator/clergy/whatever a flipping gift!

Now, lets talk about what one is actually paying for.  Most Pagan traditions lack a paid clergy and  lack churches (or something like them) as both a physical space and an institution.  The problem with this is that there is little infrastructure to support new Pagans, for continuing education, or for people that feel called to teach or to perform spiritual services.  And by spiritual services, I am specifically referring to religious and spiritual instruction and  religious ceremonies and rites–I am not talking about selling spells on E-bay to win a million dollars in the lottery (which is a whole ‘nother kettle o’ fish).  With that being said, I think that it is perfectly reasonable to charge (and to expect to be charged) for the time, effort, energy, supplies, etc that goes into such an endeavor.  It takes all of those things just to get to a point of knowledge and authority to teach with authenticity and it takes all of those things to accumulate the information and material to teach a class. To me, the answer to someone that doesn’t believing in paying for classes is to start teaching them, as they would like to have them offered, for free.

Lets get honest here, none of us NEED spiritual services from someone else–its a want, not a need.  Most of us do, however, need money to survive in the modern economy. There is no need (unless you are 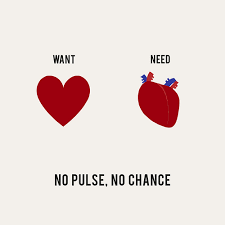 talking about an initiatory mystery religion) to receive teaching, between libraries, bookstores and the internet, research isn’t hard; there is no need for someone else to give you a spell or do one for you, with enough research and practice, you can write and perform one yourself; there is no need for a handfasting, that too can be DIY for an unofficial ceremony or performed at the courthouse for a legal one.  And because there is no legitimate need, I really don’t feel that I owe anyone the ritual or spell that took me a week or two or a month or whatever to craft. If I *want* to make that information available (hey, I have three years of blog posts here for free without advertisement), that’s my business, but you don’t have to have it. You can do the same thing I did (the same thing that hundreds of Pagans do)–research, brainstorm, divine, think, write, revise, think, write, research, brainstorm, write, get your materials together, prepare what you need for it, and do the work (whatever it might be) yourself. There are a gazillion blogs, podcasts, essays, articles, websites, forums, etc that will tell you the basics of spell casting and ritual format (and variations of ritual format), correspondences, information about deities, etc. Its not difficult, for someone willing to put in the time and effort to do the work themselves.

If I want to sell Thalassa’s Meditations, Rituals and Spells of the Sea for 9.99 on Kindle, that’s my business (sorry, no such book). Or, if I decide to develop and organize a curriculum, rent out space at the local metaphysical shop, get supplies together and take a day off work every week for a month to teach a class in something or another,  charging $7 a person for 8 people per 2 hour session for 4 weeks worth of classes, that’s my business too (I just “made” a whopping $224 dollars, before paying for the space and supplies…I would have done better to not bother and go to work). I’m not putting a gun to anyone’s head to make them fork out the monies for it.  Of course, while I’m too lazy to do either one of those things, someone willing to go to all that work is entitled to ask for reasonable compensation. If I’m not interested, I don’t have to pay for it.  Reasonable is up to the purchaser -I’ve paid $50 for a single printing University press publication on the role of Botany in the Natural History movement during the Victorian era (because I’m a geek like that), and I’ve turned my nose up at $5 on Amazon used for a copy of some Pagan book or another…it all depends on how much worth you think there is in the item or event.

At the end of the day, no one is forcing anyone to attend a workshop or whatever–if it meets your needs, and you value the potential information and activities enough to meet the demands of the instructor/leader, then you pay for it. If not, you don’t pay for it and you don’t go. Its really quite simple. No need to demonize someone that charges a fee for whatever class or services they provide. No need for debate.  Just don’t go. (Unfortunately, it doesn’t ever seem to go this way.  I’ve never seen someone point a finger as a person that doesn’t charge for their services and say “You are an awful Pagan for not requiring payment!” But I sure the heck have seen that roll the other way.) 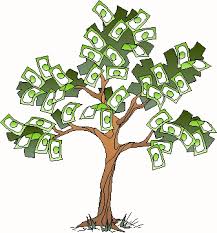 *Some thoughts on reasonable compensation*

I get it…we are all concerned about “that guy” taking advantage of some pour soul that is willing to fork over their pay check for snake oil.  After all, the jerk that is trying to sell Mistycal Gypsi Luv Spell #3 online is making a bad name for Pagans everywhere in the same way the the Westboro Baptist Church doesn’t do much for Christians.  If it sounds unbelievable, its because it is unbelievable  no matter how much you might want to believe its true.  Also, some of us (seeking more legit services) are probably also concerned about getting our money’s worth in terms of accurate information and worthwhile presentation.  Well, that’s once you will always have to take a chance with, but you can always check reviews, ask around to people that have worked with the person before, read their blog or their books before paying for a class with them, etc…there are still ways to minimize the risk of dissatisfaction.  But look, it happens–you might have forked out money for something that sucks, and that (in and of itself) sucks.  Count it as a learning experience–maybe X is not the path for you, or maybe BNP (big name pagan) is really an ass that it better read in a book…and if nothing else, you can always warn others on your blog or forum or whatever!

6 thoughts on “much ado about green paper”