Ginger or Zingiber officinale belongs to a tropical group of plants “native” to SE Asia.  Really the ginger you get at the grocery store is entirely a cultivated plant.  No wild species of ginger exists and it is unknown from what plant and where it was originally cultivated from.  The genus Zingiber includes about 85 species of aromatic herbs.

Ginger is a perennial that reaches 1-3 feet tall. The stem is surrounded opposite placed thin strappy leaves. A big spike of flowers (generally yellowish) emerges from the plant, generally on a single stalk.  The part of the ginger used in medicine and cooking comes from the thick scaly rhizomes (underground stems–NOT ROOTS!!!) of the plant. Ginger rarely flowers in cultivation…but when it does, this is what they look like:

It is possible to grow store bought ginger at home, in a pot.   Cultivated ginger should be harvested 7-9 months after planting, once the roots have matured and leaves have dried.

The use of ginger is believed to have originated in India or in China.  Hindu epics mention it in the 4th century BC and, even today, it is an important plant in Ayurvedic medicine.  Similarly, in China, ginger is mentioned in the earliest herbal and medicinal texts from about 2000 BC.   Around 2000 years ago ginger became an important export from India to the Roman Empire where it was valued medicinal properties rather than its dual use as a spice.  The trade of ginger and other spices into Europe was controlled by Arab merchants for hundreds of years–ginger was one of the most commonly traded spices during the Middle Ages.  In England, one pound of ginger was about equal to the cost of a sheep.

Internally, ginger is used for motion sickness, nausea, morning sickness, indigestion, colic, and other digestive/abdominal complaints as well as with colds, coughs, influenza and peripheral circulatory problems. Some studies have shown that ginger can help with lowering cholesterol, and stimulating the immune system.  It is also said to help with ulcers, and aiding both the movement of food thru the digestive tract and the secretion of bile and gastric juices.

In Chinese medicine, it is also used to help with mucus production and nasal discharge (colds/sinus problems), blood in the urine, and chronic bronchitis.

The recommended dosage of ginger for internal use is 2-4 g of fresh root, or its equivelent a day…a dosage of 4 g should not be exceeded.

It has been claimed large doses of ginger can cause CNS depression and/or arrhythmia. Other contraindications include possible bleeding abnormalities. Ginger should ONLY be used with caution UNDER THE GUIDANCE OF A PHYSICIAN in patients with the following conditions: taking anticoagulant therapies, with heart conditions (due to carditonic effects), in persons with gallstones, persons with diabetes and/or hyop/hyperglycemia and in people with increased or decreased blood pressure.

Ginger is recommended during pregnancy for morning sickness by both complimentary/alternative and conventional medical professionals.  It is considered GRAS (generally recommended as safe).  The only professional source that does not concider ginger to be safe is the German Commission E, and that is over lack of data rather than any adverse data.  As long as it is taken properly–meaning SMALL amounts over a SHORT period of time in an uncomplicated pregnancy, ginger can be a pregnant woman’s best friend if she has morning sickness.

Additionally, something to keep in mind is that most store bought ginger ale brands don’t contain ginger, but rather chemical flavoring.

A Study on the Use of Ginger

Is ginger root effective for decreasing the severity of nausea and vomiting in early pregnancy?
Journal of Family Practice,  August, 2001  by Eric A. Jackson

* BACKGROUND Nausea and vomiting are both common and a source of distress for women in early pregnancy. As the cause is uncertain, numerous treatments are used empirically. Natural products are appealing because of the concern about teratogenic effects of drugs.

* POPULATION STUDIED New obstetric patients with nausea and vomiting of pregnancy were recruited for this study. Women were enrolled at or before 17 weeks’ gestation, during their first visit to an antenatal clinic in Thailand. Patients were not studied if they had other conditions that manifest with nausea or vomiting, reported current use of medications that might cause or relieve nausea or vomiting, had an inability to take medications as prescribed, and if they had mental retardation. The treatment groups did not differ significantly in terms of age (mean = 28 years), parity, gestational age (mean = 10 weeks), education, or baseline assessment of symptoms.

* STUDY DESIGN AND VALIDITY Seventy eligible women received either oral ginger 250 mg before meals and at bedtime (1 g per day) or an identical-appearing placebo for 4 days in this well-designed prospective randomized double-blind trial. Fresh ginger root was chopped, baked, ground into powder, weighed, and packed into capsules by a pharmacist for the study. Women graded nausea severity on a visual analog scale on their first study visit (baseline) and twice daily for the following 4 days, and also recorded the number of vomiting episodes in the 24 hours before treatment and each day afterward. Also, a 5-item Likert scale was used to assess the change in severity of nausea at a follow-up visit 1 week later.

The appropriate study design was used for this efficacy trial. Three patients in the placebo group failed to return for follow-up visits; all other subjects completed the study and were included in the analysis. To be certain that excluding the 3 patients from the analysis did not bias the results, an intention-to-treat analysis was performed in which the symptoms of the 3 dropouts in the placebo group were assumed to improve as much as the best response in the ginger group. Concealed allocation of randomized treatment was assured by keeping treatment codes in sequence in sealed black envelopes.

This very brief (4 days) well-designed study demonstrates that an extemporaneous preparation of ginger root powder is well tolerated and helps relieve the severity of nausea and decreases vomiting episodes in early pregnancy. The usual caveat applies regarding herbal products: Since ginger products are not standardized or regulated, the results obtained by the various products marketed in the United States may vary from these results The dose used in this study is within the range (1-2 g/day) generally recommended for ginger’s anti-emetic effect.[1] Although the length of the study was too brief to provide meaningful information regarding its safe use in pregnancy, the long history of this herb’s use in traditional Chinese medicine is reassuring.

Magically, ginger is a male herb that corresponds with Mars or the Sun and the elements Earth or Fire (depending on whose sources you look at).  It can be used, aromatherapy style to “ground” a person, while stimulating the mind… In spell casting, ginger can be used to induce passion, for romantic love and for wealth/money spells.

When using ginger culinairly, fresh and dried ginger are not generally interchangable.  Consider keeping some of your ginger in the freezer…it grates far more easily and can be used in recipes that call for freshly grated ginger.
Recipes:

…boil together for about 10-15 min…add more water to prefered strength…
there are also many “instant” salabat mixes that can be found, either in asian food stores or in the asian section of most grocery stores…

Preheat oven to 350 degrees F. Sift together fdry ingredients. Mix together the margarine and 1 cup sugar until light and fluffy, beat in the egg, and then stir in water and molasses. Combine all ingredients, slowly adding dry to wet.  Roll balls of cookie dough in sugar. Place on ungreased cookie sheet, and flatten slightly.  Bake for 8 to 10 minutes.

*you will need a pressure cooker*

pressure cook together the following (about 10 minutes once pressure has been met):

then, remove chicken and debone…put chicken chunks back in liquid and simmer…

about 10 oz of ginger

Peel and slice ginger into long thin slices.  Toss ginger and sugar and water into large, heavy pan.  VERY SLOWLY and at as LOW HEAT as possible, bring to simmer.  Stir occasionally over ~90 minutes or until ginger is translucent and sugar starts to crystalize on edge of pan.  Remove ginger and allow to cool before tossing in about 1/4 c sugar.  Store in airtight container in cool, dark place.  Condsider using left over syrup and sugar in recipes that might like and extra kick.

(for chicken, pork or fish) 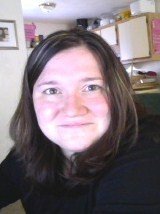